There is a lot talk about globalism in the past year. Globalism, often contrasted with nationalism, is a radical worldview that suggests a malign global conspiracy – primarily banks, lenders, elites and of course Jews – is working to exploit and victimize the virtuous ‘regular people.’

I ran across some Nazi propaganda translated into English – and the argument strikes me as similar to the ‘anti-globalism’ pitch. The Nazis put the Jews at the beginning of the list of enemies of course, but Jews also formed the link between the ‘evils’ of capitalists, on one side, and the Bolshevism, on the other. 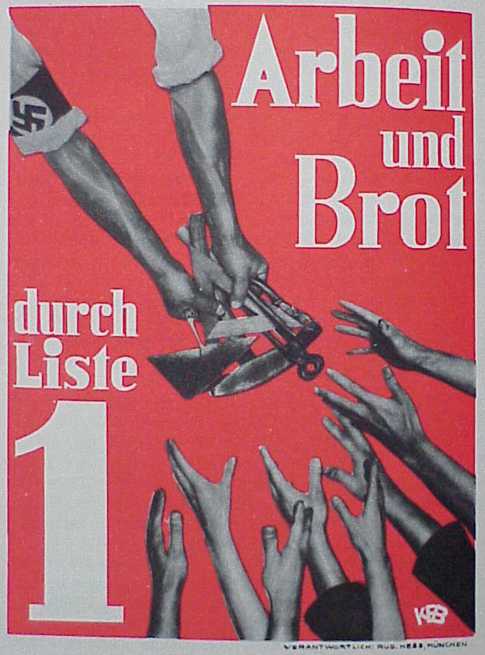 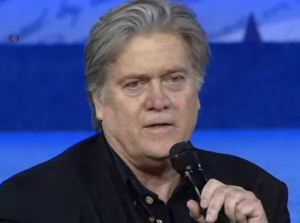 Hatred of globalism is expressed by many today, including Trump adviser Stephen Bannon, who criticized the “globalist media” at CPAC just this week.

When reading the Nazi propaganda below, it’s worth bearing in mind that Germans of the 1930s, like the Germans today, again face two opposing forces from opposing geographic points. In the 1930s, it was capitalism in the West and communism from the East. Today, it’s Western democracy with liberal economies and corrupting Russian authoritarian kleptocracy.

Anyway, here is the Nazi propaganda…

German Farmer You Belong to Hitler! Why?

The one danger is the American economic system – Big capitalism!

it means “world economic crisis”
it means “eternalinterestslavery”…
it means that the world is nothing more than a bag of booty for Jewish finance in Wall Street, New York, and Paris
it enslaves man under the slogans of progress, technology, rationalization, standardization, etc.
it knows only profit and dividends
it wants to make the world into a giant trust (monopoly)
it puts the machines over man
it annihilates the independent, earth-rooted farmer, and its final aim is the world dictatorship of Jewry […]
it achieves this in the political sphere through parliament and the swindle of democracy. In the economic sphere, through the control of credit, the mortgaging of land, the stock exchange and the market principle […]
The farmer’s leagues, the Landvolk and the Bavarian Farmers’ League all pay homage to this system.

The other danger is the Marxist economic system of bolshevism:

it knows only the state economy
it knows only one class, the proletariat
it brings in the controlled economy
it doesn’t just annihilate the self-sufficient farmer economically-it roots him out […]
it brings the rule of the tractor
it nationalizes the land and creates mammoth factory-farms
it uproots and destroys man’s soul, making him the powerless tool of the communist idea-or kills him
it destroys the family, belief, and customers […]
it is anti-Christ, it descerates the churches […]
its final aim is the world dictatorship of the proletariat, that means ultimately the world dictatorship of Jewry, for the Jew controls this powerless proletariat and uses it for his dark plans
Big capitalism and bolshevism work hand in hand; they are born of Jewish thought and serve the master plan of world Jewry.

Who alone can rescue the farmer from these dangers?

One thought on “Globalism: the Nazis were against it too”