China has already been “making mediation efforts,” the Chinese minister told a news conference, calling for an “immediate cessation of hostilities and violence.” He is expected to meet delegations from both sides during his visit to the Ethiopian capital….By taking a role in the South Sudan crisis, Beijing could help to weaken U.S. influence in the oil-dependent country.  That would seem to be a bonus to China’s goal of assuring steady supply of oil.

US media coverage of the USS Cowpens incident with China’s nascent aircraft carrier group has been half-hearted at best. For much of the US, foreign policy is synonymous with the Middle East. That means for the US’s Asian pivot to have it’s full effect, Americans will have to begin thinking about Asia in a way they haven’t done since the Vietnam War. That’s a big ask of a people who are clearly war weary after the Iraq disaster and the War in Afghanistan.

Peter Beinart, famous for his change of heart on the Invasion of Iraq, makes some revealing and valuable observations about where the China Challenge sits in the US political spectrum. The bottom line is, as he says,

Were the neo-imperialists [in US politics] able to turn toughness on China into a Republican cause célèbre, liberals might respond. But without the familiar cast of Bush-era villains to rally against, it’s hard to get progressive pundits interested.

The isolationist urge is on full display in the US these days, attractive to both Democrats who questioned the rashness of George W. Bush’s terms and Republicans who hold isolationism as a core principle. Beinart writes that the most strident voices in US politics today will be the ones questioning why the US has be involved in the region (although I don’t think that’s exactly true).

On both left and right, the voices gaining the most traction fall into a third camp, which questions why America needs to be patrolling the Western Pacific at all. To people like Greenwald and Paul, who have expended vast energy battling post-9/11 infringements on personal liberty, tension with Beijing must look like another excuse to rev up the national security state. That means they’re unlikely to focus much attention on what happens in the South China Sea, either.

So the Obama administration finds itself in the odd position of making hugely consequential decisions about how strongly to resist China’s expanding reach in the absence of virtually any high-profile debate in Congress or the media. Would more public discussion improve Obama’s policies? Who knows? But it would force the administration to explain publicly why it’s worth risking war to ensure American access to bodies of water most Americans have never heard of. We’re better off hearing those arguments presented—and challenged—now, while our ships and theirs are still 200 yards away.

On a recent trip to the US, I was struck by how little Americans were aware of the tension between China and it’s neighbors and how blind Americans were to the reasons behind a possible China-Japan conflict. Yet, the Chinese style of engagement is to consistently apply pressure – so it may be for Americans that China only comes on the radar if it continually causes friction with the US in a variety of areas. But I don’t see that happening. Until, of course, there is a full-blown international crisis.

A really disappointing piece by an American Enterprise Institute scholar Michael Auslin on China’s regional aggression. But before I proceed, recall that the AEI was a real hotbed of thinking behind the disastrous Iraq War – so treat thinking about war from this group with great caution.

With that warning on the table, Auslin gives some background to the Chinese military build up in Asia, and what a looming threat it’s going to be for US allies – as evidenced by China declaring its air defense identification zone and its plans to “reportedly” purchase Russian Su-35 fighters, “among the most advanced in the world.” He then goes on to lament the effect budget cuts are having with military planning. Note to Auslin, you might want to have a look around the AEI for the austerity hawks and ask them if budget cuts aren’t the solution to Obama’s America.

Auslin bemoans the cutbacks and the questions the US military’s ability to respond to China’s assertive/reckless behavior in the Pacific. It’s debatable if China’s air defense zone (already ignored by the US) is the opening move of a new Pacific War. But Auslin already has a solution for the US challenge in Asia. What’s the fix? Why spend up on the military, of course. He quotes US Air Force General ‘Hawk’ Carlisle discussing the readiness of US pilots in the region:

Perhaps Gen. Carlisle’s biggest concern is the reduction in flying hours. Regular training keeps U.S. pilots the best in the world. In 2014, however, the Air Force plans on cutting flying hours by 19%. With sequestration and budget cuts, American combat air forces currently are getting only between five and eight hours of flying per month. “That’s unacceptable,” Gen. Carlisle says, noting that the U.S. is approaching the training level of Soviet forces in the Cold War, which hampered their flying ability.

Yes, but General Carlisle and Mr Auslin, it wasn’t the Soviet pilots’ readiness that brought down that Communist country; it was the fact the Soviets spent so much on their military they failed to properly invest in and fund a livable, viable society. Today, there is a risk that China successfully leads the US toward a costly and risky arms race in which China fakes large military expenditures that the US actually makes. (links) And there is a real opportunity cost involved with these kinds of choices.

Analogies between the fortunes of the US and Soviet Union are inevitable. But one the most worrying parallels is of a country on such perpetual war footing that it can’t focus on keeping its own people clothed, fed and employed.

But don’t expect the military geniuses at the AEI to tell you this. 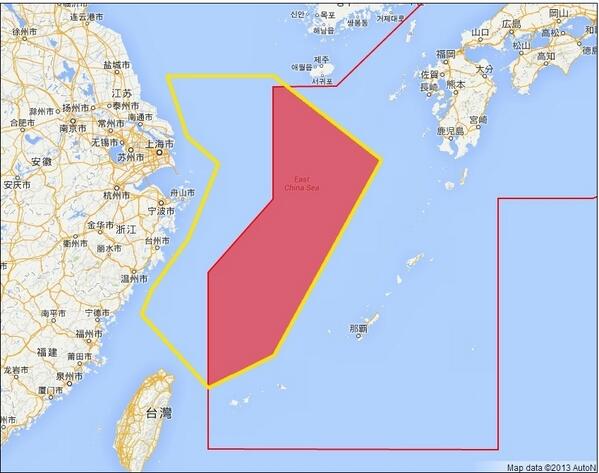