Just an update with some information. According to hashtag parsing site, Hashtagify, two of Donald Trump’s biggest “influencers” tweeting out messages about the businessmen have “facists” [sic] and “klansmen” in their Twitter handle, and they follow hardly anyone. (all links as of May 1, 2016). Influencers are based on “the activity of each user for that hashtag, on the engagement the activity creates and on its reach”

The @Klansmen4Trump Twitter feed simply retweets the same gif of a soccer player with the phrase “The Jews did this.”

The top “influencer”, @amrightnow, belongs to a site in “New Jersey, USA” that has no other information available for it. 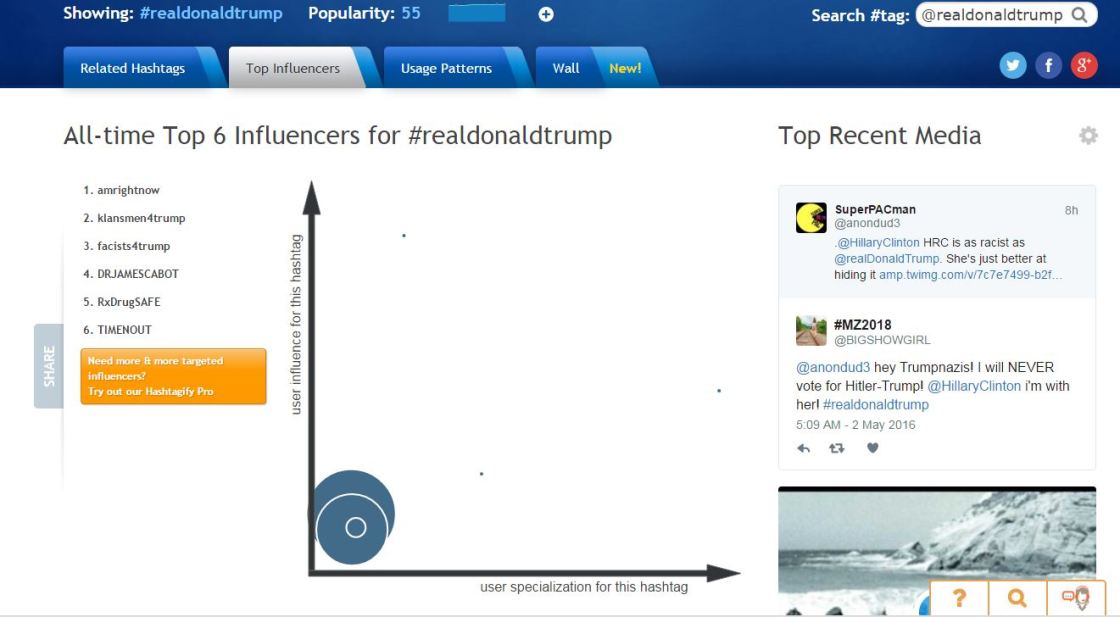 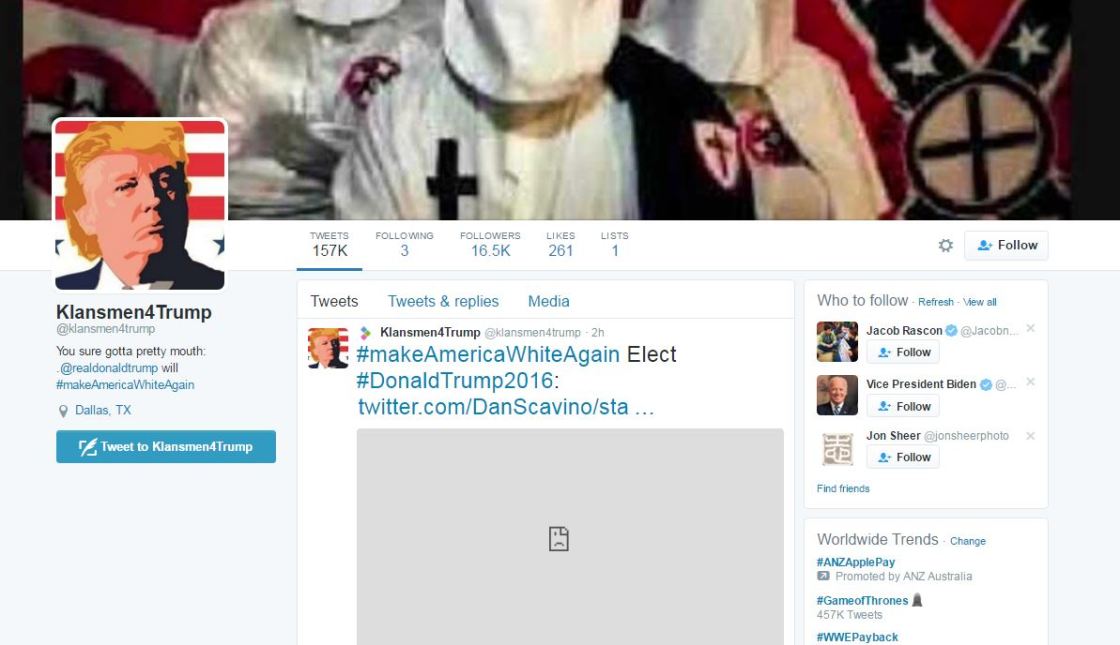 With a swastika on Trump’s forehead, Facists4Trump doesn’t even look like a authentic fascist page. 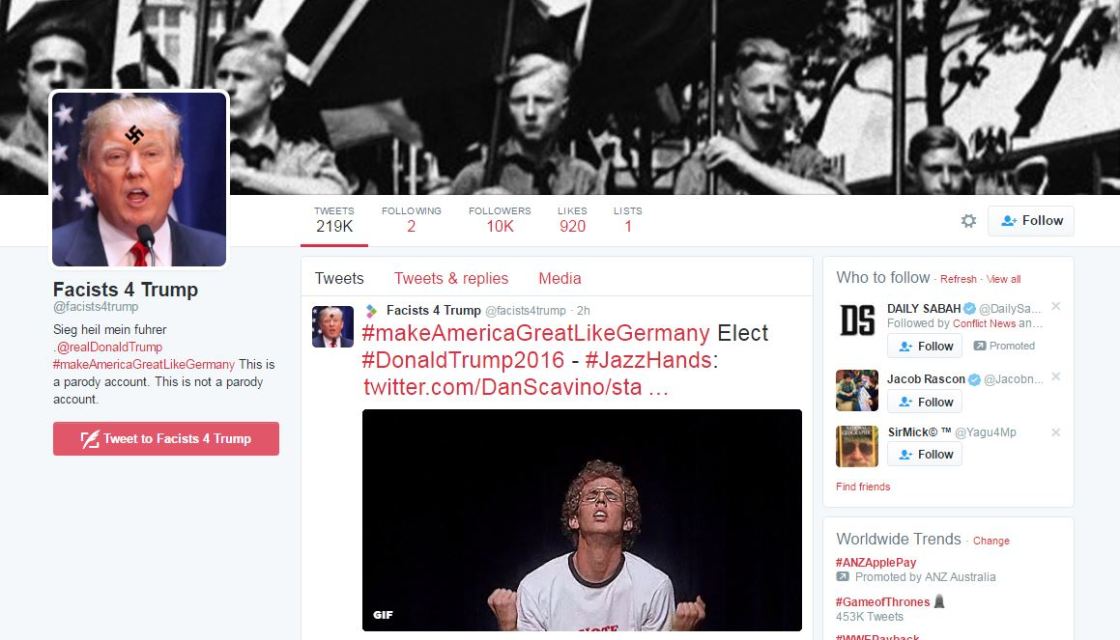 By contrast, the top “influencer” of Hillary Clinton’s tweets was FoxNews in same time.

Clearly Hashtagify is only one measure of Twitter influence, but it’s indicative. The analysis suggests there is something fishy with Donald Trump’s phantom tweet army. His dominant online presence aids the perception that his campaign has real-world mass appeal. The flood of Trump social media exaggerates the support he has from Americans. But on social media we don’t really know where in the real world anyone is. New Jersey, St Louis, or Saint Petersburg – the social media account holders could be anywhere. But the influence on the perceptions in the US election cycle, as Trump as dominant online figure, are real.

One thought on “Donald Trump and his fascist, klansmen Twitter fans”