What is the appeal of Islamic State? The Sunni-extremist group has been able to motivate and galvanize people from around the world to join in their struggle to implement a medieval type of Islam. The beheadings, the semi-slavery of women, the dogma, the slaughter, it all offends us. But for their followers, they see images of IS creating schools and hospitals where before there was chaos. To their followers, they see meaning, meaning worth dying for. Arizona State University director of the Center for Strategic Communication Steve Corman put it like this:

ISIS has been successful because their narrative motivates people who support them more than the counter-narratives motivate the people who are against them. It takes a narrative to fight a narrative.

Corman’s observation points to a bigger question for Western nations. What is the West’s “counter-narrative”? Or more to the point: in 2015, what is the West’s narrative, the meta-story giving a cohesive direction to politics, technology, and culture? 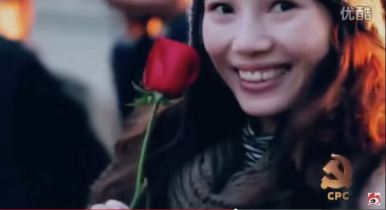 Where once there were “New Frontier” or “the Four Freedoms“, what do we have today? It’s a good question because these days the West’s growing rivals have given the concept of “narrative” some thought.

A resurgent Russia – Drawing on its imperial history and a palpable (confected?) sense of victimisation at the hands of the West, Russia portrays itself as the needed counterbalance to the US “hyperpower.” Russia, in this mode, isn’t just a place, but a kind of transcendent idea, neither bound by borders, history or international law. Sure, Russia is thumbing its nose at the Washington, but it’s doing it for the world’s sake. This grand narrative contains the excuse for Russia’s illegal annexation of Crimea and the ongoing war in Eastern Ukraine. Ed Snowden’s road to martyrdom against the “Orwellian” NSA can be seen in this context too.

The Chinese Dream – Amorphous and open to interpretation, Xi Jinping’s Chinese Dream is an effort to harmonize the wants of citizens with the needs of the Chinese government to maintain power. The Chinese Communist Party is seeking to impose this Dream from above as a kind of moral corollary to the material gains of a people in a society riven by internal competing interests.

Global jihad – While it occurs in many forms – some purely religious, some linked to violence, there can be no doubt jihad provides a galvanizing meaning for those who pursue it. It can be seen in the high percentage of converts to Islam who wake up the call to violence. For marginalized youth, it creates a real sense of mission, of identity.

And for the West? There is a lack of a cohesive narrative. Simply being the bulwark against an assertive China, or a revanchist Russia is not going to be enough to motivate citizens on their daily affairs. It won’t answer the question: “why we struggle for our way.”

Think of it this like this: if you’re a young person marginalized in society, and you’re drawn to the lure of Islamic State-type activity, or even a Putinist defense of Russia’s geopolitical antics, what compelling Western narrative competes with those calls in your mind?

One irony of the effect the internet on liberal democracies is that while it’s clearly an enabler of free speech, it has also unleashed a cacophony of voices in politics that has made it harder for politicians to rise above the daily chatter cycle. Online, good ideas get drowned out.

The explosion in voices – many reasoned and democratic, many not – has redirected politicians’ focus from a future timeline to a kind of hell of the present.

Technology thinker Douglas Rushkoff describes what he calls “narrative collapse” in which the internet has resulted in a “loss of linear stories” and instead given rise to a short term view of near history in the political sphere.

Looking at the world “entirely in the present tense” means governments are struggling with the lack of a “grand narrative.” Radical Islam, Revanchist Russia, (even the China Dream in some respect) meanwhile tell a story that explains the past 20 years (the West’s overreach, decadence, etc) and a different future (a transcendent Caliphate, an America humiliated by Russia, a bolder, richer China, etc).

Today, one of the effects of the internet and political polarization and the trend of ideology diminishing the influence of major political parties leaves Western voters and politicians wildly unaligned. That’s why it’s instructive to watch the battle between Republicans and Obama, not so much in term of legislation and vetoes, but symbols.

The lack of impeachment proceedings against Obama only reinforces to the hardest core of Obama-hating die-hards that the world is conspiring against them. Yet clearly, the feelings of aggrievement at the hands of a largely unseen and unaccountable political elite resounds with voters because that is exactly what has happened in reality – as the battle over inequality in the West grows.

The consolidation of power by elites, however, doesn’t mean the conspiracies are true. Nonetheless, conspiracy theorists such as Alex Jones (or even Julian Assange)  are dripping in “narrative” and serving it up to a willing audience. While the Bilderberg Group may not be plotting in detail the downfall of an unsuspecting global public, the rich have really gotten richer in recent years, and have begun to wield a power as a level that is unimaginable to people who are struggling from paycheck-to-paycheck.

It’s also why the battle over the future of the free trade in the Democratic Party has the capacity to become like the battle over immigration in the Republican Party. It’s about nothing less than the relationship between Americans and the world. In other words, “a grand narrative.” Is the US the center of globalization? Or is the US – and the all-important middle class Americans – a victim of the power of globalization?

The rise of the internet allows both left and right to sustain contradictory “narratives” about politics, giving the US politics its fractious quality in recent years. When once this would have been contained to the smaller partisan publications each parties’ leaders read – today it’s a storyline available to all.

The dueling narratives are an aspect of the “filter bubble” Eli Pariser writes about and studies Facebook has produced. But the sense of political crisis in the US is real and the exhaustion with perma-battle is too.

In this way, the dueling narrative within US politics can be seen as a technical issue. And like the adoption of any technology, the big benefit may occur once the users really master it. That is, when the Western political system, the public and politicians adapt to it.

Just as news readers quickly learned they can’t keep up with all the news that they are offered, or Facebookers realize the feed never really ends, or parents realize unlimited Minecraft time for kids changes their behavior – the public adapts to the technology in their hands. You have to think that the US, looking at the aggregate stall in its legislative ability would notice this too. It’s something US Senate leader Mitch McConnell understands.

To keep the democracies’ tech-adjustment dysfunction in perspective, outside of those countries the birth of new technologies has spurred outright repression, making regimes more brittle, less able to navigate events with political legitimacy.

Whether a “grand narrative” emerges in the US first may be one of the significant outcomes of the 2016 election. All the US needs is a challenge big enough to galvanize the warring parties. But those challenges are lining up right at the US’s doorstep.

China’s out-of-control hacking threatens US competitiveness, siphoning off a percentage point of US GDP per year. Russia wants to keep the US stewing in an acid bath of malicious cyber intrusions – and an information war that forces the US to constantly explain itself. A “narrative” that spoke to these challenges – that even embraced them and framed them as part of a bigger movement of liberal democracies would be a step forward for the West.