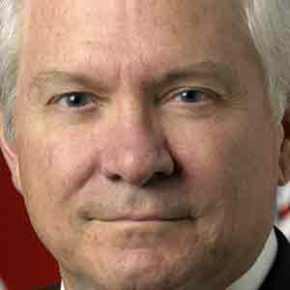 Of all the observations to emerge from ex-US Secretary of State’s book Duty, this one goes right to the discussion of China’s military build-up and by extension the aircraft carriers and aircraft carrier-killer missiles conundrum.

Gates is quoted by Bloomberg:

“Beijing learned from the Soviet experience, I believe, and has no intention of matching us ship-for-ship, tank-for-tank,” and “thereby draining China financially in a no-holds barred arms race,” he wrote.

Instead, “they are investing selectively in capabilities that target our vulnerabilities, not our strengths,” Gates wrote.

That is a very revealing comment, which speaks again, to this new post-industrial military era. The question, of course, is whether the US has learned from the Soviet Union, too? It’s not necessarily about how many tons of ship you can float, or planes you can scramble. It’s much more about a country like the US keeping its security options open in a way that allows it develop its civilian economy.

Gates also commented on his experience of visiting China while the J-20 was launched – and here, I’m not as convinced as he is correct about Xi’s grip on the military. Gates writes Xi Jinping’s tighter grip on the PLA is both “good news” and “bad news” because…

“Now when they do something like declare” a new air defense identification zone in the East China Sea in November, “you’ve got to assume President Xi approved that and is on board” and not that “this is just the PLA misbehaving or strutting its stuff,” he said in the interview in New York.

While I don’t doubt Xi has more control over the military, I am not convinced his control is absolute, at least not based on what I know about organizational dynamics. In fact, it’s not hard to imagine a horsetrading scenario of sorts in which the PLA pledges loyalty to Xi in exchange for certain freedoms. I remain sceptical of a Generalissimo Xi scenario again because of the timing issue of the PLA Navy. Biden was in China when the USS Cowpens incident occurred, meaning it matches a very similar pattern to Gates being in China when the J20 was launched.

Unless Xi wanted to wrongfoot Biden before his meeting, I would not rule out China’s military acting on its own.

Simply because the US media didn’t emphasize the timing of the incident during Biden’s visit doesn’t mean that it wasn’t orchestrated by the PLA Navy to make a point. While Xi most likely supported the ADIZ which itself was a surprise to China’s neighbors, I’m not convinced the USS Cowpens incident was a product of Xi’s command. And that incident in the South China Sea would have a lot of repercussions with China’s biggest trade partner.