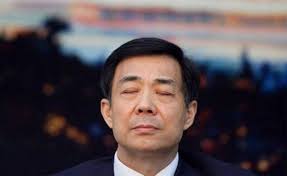 There has been a lot of debate about what the Bo Xilai trial means for China. It seems to me, by and large, the global media has bought into it as a legitimate event with real significance for the outcome of the direction of China. The thinking seems to be that, no matter how confected the setting, the Chinese Communist Party would have never allowed it to proceed, doling out parts of transcripts to an eager media, if the party leaders didn’t need to. And they needed offer some transparency to public in exchange for the legitimacy the Chinese Communist Party craves.

But events such as the Bo Xilai trial are standard operating procedure for an authoritarian regime, according to an ex-State Department analyst and the current head of Google in their book. The New Digital Age, written before the celebrated trial of China’s fallen neo-Maoist leader, by Jared Cohen and Eric Schmidt has a passage about what they call the “virtual containment” authoritarian regimes use online.

To relieve the pressure of an agitated, informed public, states will calculate that rather than deny services altogether, it’s better to crack a window and allow citizens to vent their grievances in public on the Internet – but, more important, only to a certain degree.

Regimes in the future will allow some online dissent, whether by reforming the law or simply not prosecuting the speech, but only on their terms, through specific channels they control.

And that sounds like posting on Weibo or other forums inside the Great Firewall. The book outlines the risk inherent in the “virtual containment” model – how to discern the between sanctioned venting by irate citizens that doesn’t challenge the status quo and legitimate opposition forming that could turn into a revolution.

In open societies, laws regarding freedom of speech and hate speech largely define the boundaries for citizens, but in closed countries that lack legal precedents for allowable speech, the government is operating somewhat blindly. It will be very difficult for states to determine the intent behind people’s words online – if they’re not known dissidents, have no ties to opposition groups and don’t stick out in any particular way, how does a government newly committed to open dialogue respond without going too far?

This unknowable quality will make digital noise the big wild card for authorities as they struggle to first assess and then react. Getting it wrong, by overreaction or underreaction, could be lethal for a regime.

…and that, my friends, sounds like a day in the life of the Chinese Communist Party trying to perch itself, however precariously, on top of their population. Now, it’s true the sanctioned venting could mask the kind of opposition that crystallizes into an alternative movement. Yet, China’s authorities seem attuned exactly to this fine and wavering line.

The party’s legitimacy oscillates by the day and sometimes hour in how it responds to a variety of issues while it tries to anticipate the situation on the ground for its citizen. That’s why China is, at least for now, as one intel analyst explained to me: “government by Band-Aid.”