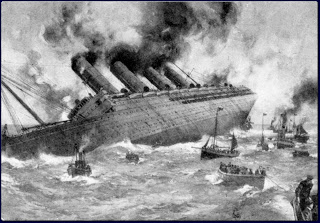 In the Australian Financial Review:

I believe the Chinese today are engaging in unrestricted espionage against the West that is comparable to the unrestricted submarine warfare waged by Imperial Germany in 1916. The intensity of Chinese espionage is certainly greater than that what we saw between the US and the Soviets during the Cold War.

The problem is China’s view is that industrial espionage by the state against relatively vulnerable private enterprise is a commonly accepted state practice. This is just unacceptable.

Industrial espionage by the Chinese has probably now become the core issue in the Sino-American relationship. It is not an irritant. It is not a peripheral issue. Believe me, I work closely with America’s congress and government, and this is now the dominant issue between the two countries, and runs the risk of undermining the entire relationship.

It’s worth considering the final line by Hayden. The problem with the issue is getting private sector companies to talk about the extent of the economic loss.

Another lingering issue is the lack of non-government contractors who are focusing on the challenges. Given the parasite-host relationship between government contractors and the US taxpayer, it would add to the credibility of the arguments if parties that didn’t stand to gain from a cyber war were speaking out about the situation.

Clearly the CSIS is a strong voice in the matter.

So far, the US has tried to use shame as a tool to get the Chinese to stop. We’ll see what difference it makes.

But comparing the effect of Chinese economic hacking to the events the submarine war that led to the sinking of the Lusitania is compelling.

However, at that time Germany was in a declared war with Britain and both sides were actively trying to degrade each others’ war machine by denying each other the imports they needed.

Between the US and China, there is no declared war. By day, in fact, it’s all about being partners for trade, when clearly this isn’t shaping up to be a win-win situation.

The US championed China’s entry into the WTO and gave it most favored nation status. But now, US economic information is plundered and fed into China’s economy.