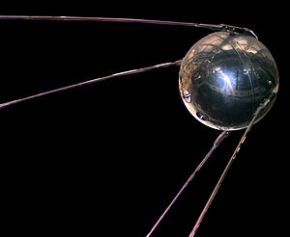 Bremmer again. Notice how the top two issues for the incoming US secretary of state (whoever that might be) are 1) the pivot to Asia. 2) economic statecraft.

All evidence suggests that China will continue to be a “frenemy” for the foreseeable future, and it is quite likely that relations will get worse. As China continues to grow (and as the U.S. finally disentangles itself from Afghanistan), China will become America’s No. 1 priority.

But the issue is: how much do Americans realise this now? It would be unfair to say America’s attention has been on the Middle East since September 11, 2011. So much of America’s strategic imagination has been focused on Middle East since the Iranian Revolution in 1979. It’s hard for Americans to imagine that the same country where its electronics – and so many other manufactured goods come from – could be wishing for America’s demise.

Possibly for this reason, Bremmer keeps repeating that Obama himself called China an adversary. In Obama’s lexicon China is “an adversary” while it’s only a “potential partner in the international community if it’s following the rules.” Lots of qualifications around the “partner” label.

But Obama is also privy to a lot more of the behind the scenes shenanigans/threats with China in the areas cybersecurity, diplomacy, security, etc. He has been pushing for America’s Sputnik moment for a while. The question is: short of war, how do the Americans realize the looming and persistent challenge of China?