China has not responded with one voice after the US sent planes over the Senkaku/Diaoyu Islands. But of the mix of reactions, one stands out to me. The WallStreet Journal ChinaRealTime blog contains a post called “Chinese Bloggers Turn Fire on Beijing Amid U.S. B-52 Challenge“

The blog notes the criticism of the PLA by China’s legion of bloggers on Weibo. Of those reactions, two quotes are the most intriguing.

“The immediate reaction (from U.S.) with both words and action shows the adventurism in China’s decision over the air defense zone, and the passive and embarrassing consequence resulting from that,” Pan Jiazhu, a well-known columnist on military issues who goes by Zhao Chu on his verified Weibo account, wrote. 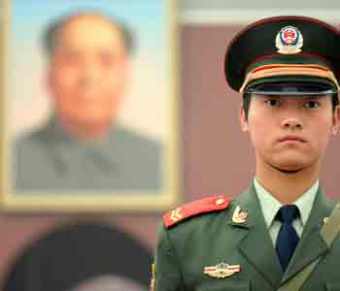 So China is embarrassed by the B-52 flyover. But it’s “military hardliners” who made the decision on the no-fly zone.

“Military hardliners created this situation and made a no-fly zone, thinking they can play with little Japan, which has brought out U.S. bombers and slapped hardliners in the face,” art and culture critic Wu Zuolai wrote. “Where’s the hardliners’ spokesman? How do we end this?”

And it points to this split within China between the civilian and military rule. Surely, a decision as provocative as the creation of the air defense identification zone would be flagged to leaders outside the military. But maybe it wasn’t. And if it wasn’t, it suggests that Xi doesn’t have complete control over the military. Parts of the military can still freelance on these territorial issues. Hence, the confusing decision to spring the ADIZ on the world as well as the conflicted response from China in its aftermath.

I think this is at the heart of the US unease about China’s power in Asia. It’s not necessarily that China is going to supplant the US as the world’s number one economy. Rather it’s that China remains a developing country riven by internal divisions, making its future course at home and in the region incredibly difficult to predict.