Although Australian National University professor of strategic studies Hugh White has gotten a stir (online at least) with his prediction of a possible war in 2013 between China and Japan, it is important to remember White could be wrong about a lot.

In August his colleague and fellow professor of strategic studies Paul Dibb said as much.

But that was before the Japanese government “bought” the Senkaku Islands, giving the Chinese the excuse to throw an extended fit that has not ended after months.

However, the spectrum of analysis on the subject highlights the fact that Hugh White’s ideas are “sexy” by media standards. They provide a hard edge. A snappy headline. A well-formed talking point that travels well from editor, to reader, to blogger. And so there is plenty of appetite for White’s views in the editorial pages of newspapers and talk shows and think tanks around the world.

Less dire, more complex readings of the China-Japan situation may actually be more accurate, even if they are less favored by the media.

The risk of course, is that the pat little picture of imminent war painted by White becomes a self-fulfilling prophecy.

The other risk is that White, who has plenty of dissenters in the ranks of strategic analysts and researchers, is unpopular because he is so right. I ask myself the same question, when I get irked by what White writes.

Do White’s analyses bother me because they are overly simplistic and zero-sum game, black and white?

Or do White’s forecasts bother me because (to paraphrase the Goldwater motto): In my heart, I know he’s right? 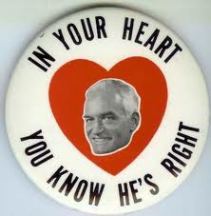 2 thoughts on “A thing about that China-Japan war call”